Napping At Work: A Beneficial Practice

The nap can be seen as laziness or wasted time. It is generally not practiced at work, although it is advantageous. In addition, a large majority of French employees feel tired during their working day.

Many employees are tired 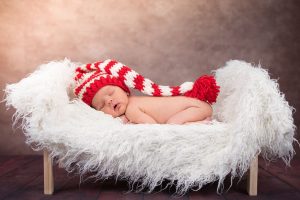 According to a study by the National Institute of Sleep and Vigilance, one in three people lack sleep.

A study by Eve Sleep and Opinion Way indicates that 80% of French people take a nosedive during their working day. Only 2% would never feel tired.

26% of the employees questioned admit to taking a nap at work, in hiding. Few of them know what their management thinks about this.

According to 72% of those surveyed, fatigue has a negative effect on work:

Interest in taking a nap at work

First, according to engineer Bruno Comby, managers must take a nap to relieve their employees of guilt. By validating this practice, a positive state of mind is established, which can only be positive for employees and work.

In addition, taking a nap is useful regardless of the profession exercised because it makes you more vigilant, concentrated and improves memory, reflexes and listening. It would save up to two hours of sleep per day.

According to sleep expert Eric Mullens, taking a nap is a human need.

In Sweden, the practice is included in company agreements. In Japan, the Ministry of Health encourages employees to rest in case of fatigue. In China, the Constitution indicates the right to take a nap at work since 1948.

It is not common in France. According to the study by the British company Eve Sleep, 12% of managers are in favor of a nap at work and 15% of employees are against.

Establishment of a rest period

Several companies have decided to set up rest periods , with dedicated spaces. Among them, there are French companies such as Léa Nature, Orange, Novius or PriceWaterHouse.

The rooms devoted to relaxation and napping are arranged so that employees can rest as well as possible: Zen music, mattresses, deckchairs, relaxing armchairs, low light ……