Symptoms Of Brownout: When Work Loses Its Meaning

After the burn-out and the bore-out: the brown-out. The pathology was theorized by two researchers (André Spicer and Mats Alvesson) in the book “The stupidity Paradox”. It is characterized by incomprehension, decreased motivation, disengagement, disinterest vis-à-vis the work performed. This affects many more people than you might think. A study of 1,000 American executives, published by Corporate Balance Concepts in 2013, showed that 40% of them suffered from brownouts.

Brown-out: what is it? 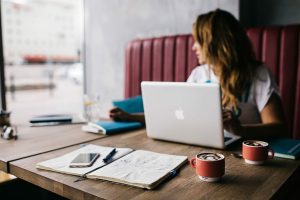 The term is borrowed from the field of electricity, because it means “drop in voltage, current”. The brown-out can be translated by a decrease in commitment in one’s work, to the point of finding it absurd, of no longer wanting to invest and of no longer being happy.

Here are several symptoms that can confirm that you are in a brown-out situation:

The causes of brown-out are various, in fact, it can be due to:

The brown-out is a disruptive element on a daily basis, it is therefore preferable to react as soon as we realize that it concerns us. You can take stock and make more or less radical decisions depending on the importance of the pathology:

Accepting the situation is not the best solution, especially if the state of the brown-out is advanced. However, even having made a decision with a real positive effect, it is not certain that he will never relapse a few years later.